In 1929, Francesco Calabria kissed his wife and son goodbye and boarded the ‘Viminale’ ship to set sail for Australia in search of a better life.

Francesco settled in the Riverina region of NSW in Griffith and found work as a farmhand. Once Francesco had enough money saved, he wrote to Elisabetta and their son Domenic, to finally come and join him in their new home.

In 1934 Elisabetta made the long journey over to Australia with their son. The newly united family quickly settled at their first dwelling, ‘Villa 116’ on Leonard Road in Griffith. Side by side, they both worked hard and were able to purchase a five-acre farm in the West-side of Griffith on Brayne Road.

The couple went on to have eight more children; Tony, Joe, Mario, Rita, Cath, Josephine, Mary and William (little Billy). Despite the balance and long days of working on the family fruit-farm and running a house-hold and cooking for nine children, Elisabetta always did it with grace and endurance.

At the end of a long working day on the family’s fruit farm in the new-fangled irrigation area, Francesco would make his own home-made red wine, to ease the pains of a day. Unfortunately, he didn’t have the money to invest in all the necessary equipment to make it with, so he took over Elisabetta’s laundry tubs, and improvised from the little materials he had. Soon enough Francesco was also producing wines for the large, local Italian and European population who had also settled in Griffith. Wine was purchased in large barrels and gave the family some extra income.

Francesco began to form partnerships with local family growers in the area and crushed his first 'official' batch of wine in 1945.Francesco’s techniques of making the wine never changed and he taught them to two of his sons, Tony and William (Bill).

“For a man whose education never went beyond primary school, Francesco’s achievements were remarkable and something I know my family admires. I was fortunate enough to learn the secret behind my father’s wines, which lead me and my brother, Tony, to take over the small production at the ripe age of 14.” Bill Calabria.

Francesco worked the fertile soil and saw that with the new irrigation they could eventually have their own farm to feed themselves. He called it the rich land. The family pays homage to this with a great quality, everyday range called Richland. 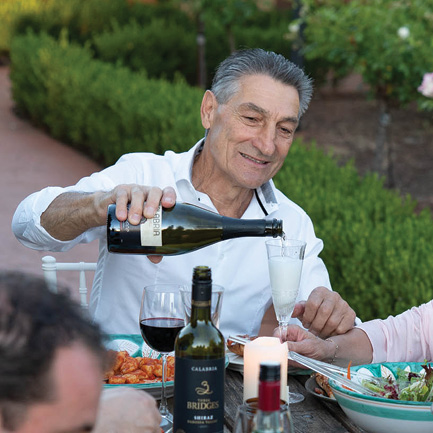 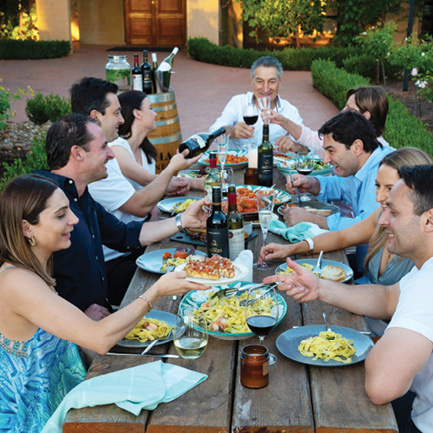